A circle between cells indicates that the sum of those cells is a prime number.  The number inside the circle reveals how many of those two cells contain prime numbers.  Lack of a circle between cells of the same cage reveals only that the sum of those numbers is not prime.
If you're new to prime numbers, you only need to know the primes up to seventeen, since that's the largest sum you could encounter.  Those primes are 2, 3, 5, 7, 11, 13 and 17.
I'd actually prefer to call this something more like "Number of Primes and Prime Sum Sudoku" instead of the current title, since there are many puzzles that involve sums of primes, but that seems a bit much.
I'd consider this puzzle to be a bit tricky as it gives up its secrets slowly.  There is enough information here to finish the puzzle, but it might not feel like it at times.  Special thanks to Anna, Amina, and Mariem for being the first to playtest this style of puzzle. 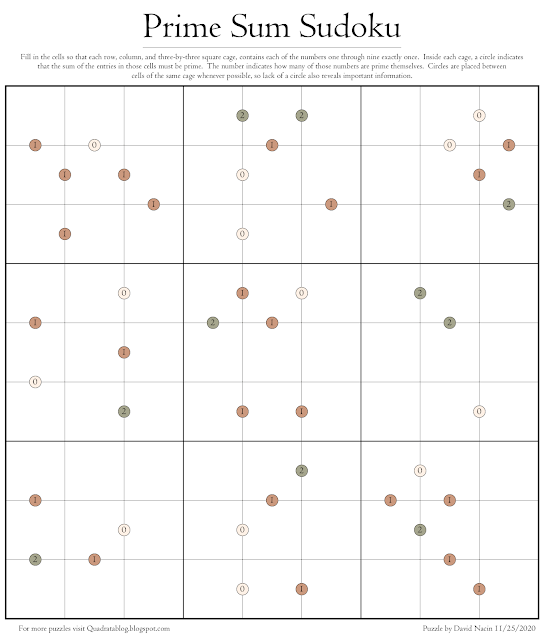 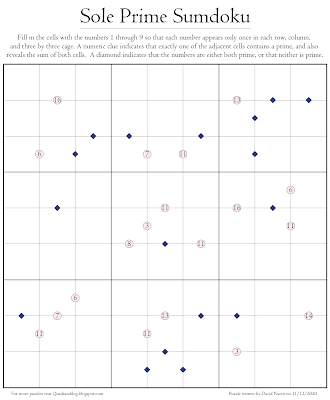