Recall that the mean of two numbers is simply the sum of those numbers divided by two.  In the following puzzle, the clues indicate whether the entries in the adjacent cells have a mean greater than, less than or equal to five.   As five is both the average of the set and more importantly, the average of all the means, it provides a natural choice for such a comparison.  A top heavy trapezoid indicates the mean is greater than five, a bottom heavy one indicates it is less than five, and a square indicates it is exactly five.

This week, I'm posting two versions of a puzzle and allowing people to choose which they prefer to solve.  The easier version version has some of the cells revealed at the start, and the other does not. 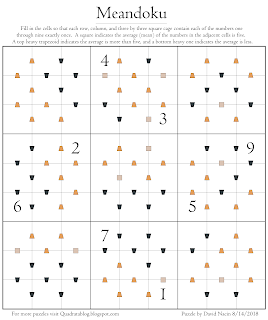 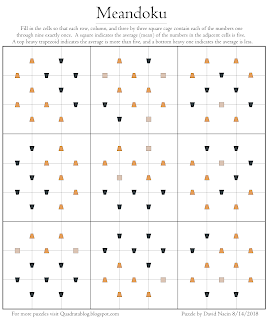 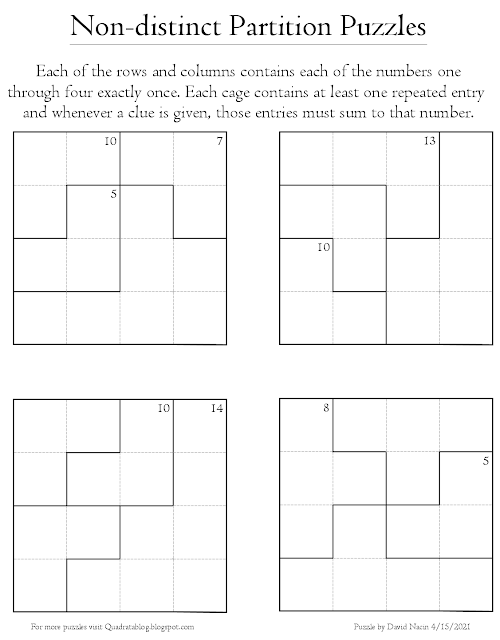 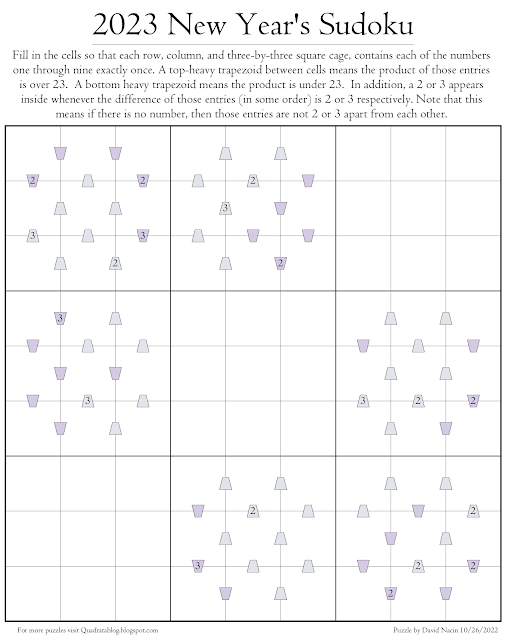